I've been lost of late in the world of Thrush Green.  Is anyone else familiar with Miss Read's books? 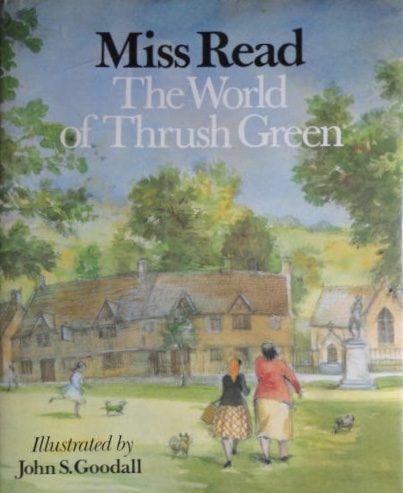 Dora Saint, known to her readers as Miss Read, is best known for her Fairacre and Thrush Green novels.  She started her professional life as a teacher in 1933, but began writing during the war years.  She returned to writing in 1955 with her first stories about a village school in make-believe Fairacre.


"The gentle, lyrical ambience of life in a typical English village, complemented by John Goodall's charming illustrations, caught the public imagination, and the book became an instant bestseller."

She continued the Fairacre stories while also writing the Thrush Green stories which she began in 1959. 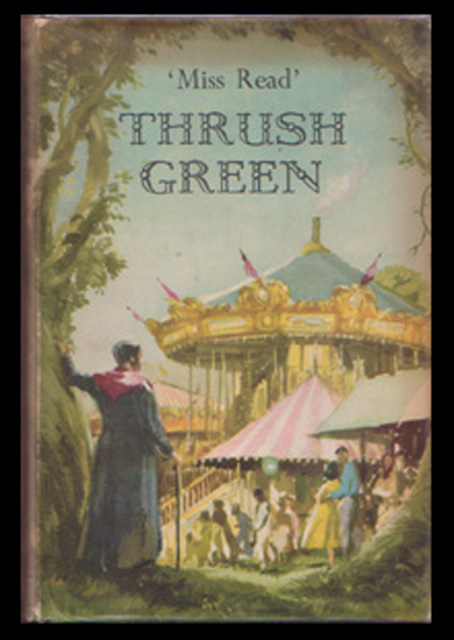 This is the series I decided to start with because it is based on the real village of Woodgreen in Oxfordshire where Dora lived during WWII.

I had never heard of the Miss Read books until a few years ago when I picked up one at a used book sale because of the lovely cover by John S. Goodall and started actively looking for them at sales.  Over the years I've collected three Fairacre books and six Thrush Green books but it was only just this winter that I decided to read them!  I chose Thrush Green because I already had six books and could get the rest from my library system.  Plus, I loved the idea that the fictional village was based on a real village.

It only took the first book, Thrush Green, to hook me on the village and its inhabitants.  I know I'm all in when I keep having to remind myself it's only fiction because I've started wishing I could visit the book's setting and have started caring about the book's characters!

Earlier this year I wrote about small town life in Letters from Myself reminiscing about my teenage years in Valparaiso, Indiana after immersing myself all autumn in the little town of Lillian Jackson Braun's Pickax City, Michigan.  This winter/spring I'm immersed in the little English village of Thrush Green.  I find myself dreaming of moving to a similar village, but then am rudely awakened to the fact that no such place exists within 50 miles of my grandchildren except in my imagination---fueled by stories of bygone villages of yesteryear.

If you grew up in a village setting I would love to hear your stories of what life was like.  And if you live in such a place NOW please do tell us all about it, unless, of course, you wisely want to keep it a secret.

And if you know of other series set in a quaint village I'd love to know about them.  I'm set for awhile, but will need a new series come next winter!

Be sure to click on the links above (in blue) for more information on Miss Read in addition to these: